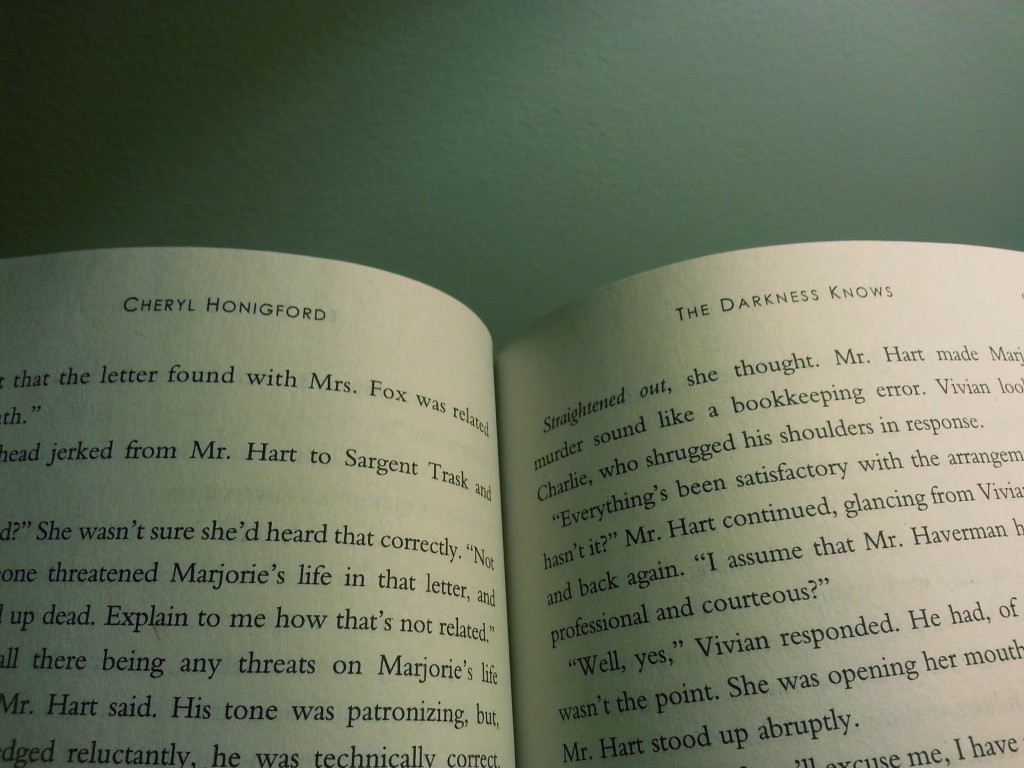 It was a long and winding road, my friends. My novel, The Darkness Knows, started life as a NaNoWriMo experiment in writing a mystery in 2009. I love mysteries – true life ones as well as the fictional kind. I was also listening to a lot of old time radio on my earbuds at work at the time, so that inspired the setting. I liked the story, characters, and setting so much that I kept writing it after NaNoWriMo ended. I finished, roughly two years later – mainly because I’d seen the Amazon Breakthrough Novel Contest (now defunct) and it gave me a reason to finish and review and rewrite and clean the whole thing up. I entered that contest and got to the quarterfinals of the mystery group. Not bad. That gave me enough confidence to revise and revise and revise some more and then I started querying agents. I didn’t get much response, because querying the traditional way (by email) is a terribly inefficient way of getting attention from agents – who are swamped with queries. And query writing is an art unto itself. (I’ll write about this more in the future).

So how then did I get my agent? Well, I revised some more and entered another contest (The Daphne DuMaurier through the Kiss of Death Chapter of Romance Writers of America). And I won. The whole thing! And the agent judging my category asked to see my full manuscript.  So gleefully, I sent it off to her. Then I heard nothing for months. I was disappointed and confused. So I contacted the agent. She was also confused as she’d expected to hear from me. Ooof, mixed signals. That, in itself, is sort of a long story, but anyway, turns out she’s a lovely person and boy, does she know what she’s doing. I signed with her at the end of September 2014, and by the beginning of December 2014 I had serious interest from Sourcebooks. I spoke with my now editor at Sourcebooks just before Christmas about my ideas for a series (!). Thankfully, I had some (and had already started writing book two). About a week later as I was waiting in the international arrivals area of O’Hare waiting to pick my sister up for Christmas my voicemail started blinking. It was my agent telling me the offer from Sourcebooks was a three-book deal. I couldn’t believe it. That was almost a year ago. And signing that contract was really just the beginning of the publishing journey…  more on that another time.