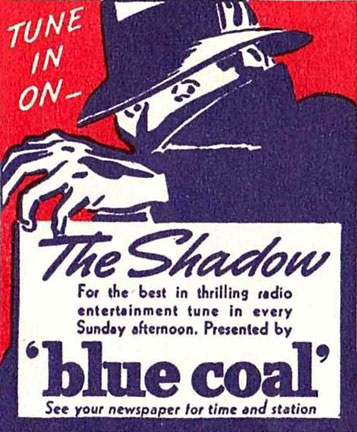 Some of you may have already guessed the inspiration for the title of Vivian’s radio show and Book #1 – THE DARKNESS KNOWS. It comes from the intro to The Shadow radio show:

Who knows what evils lurks in the hearts of men? The Shadow knows!

The Shadow is the crime-fighting alter ego of Lamont Cranston who has the ability to “cloud men’s minds so they can not see him”. Orson Welles played title role at the show’s inception in 1937, but he left the show in 1938. The radio version ran until 1954 with four more actors portraying Lamont during the run.

Listening to this now, I can see that this show influenced the fictional The Darkness Knows radio show in my series more than any other actual radio show – even though it’s not a “detective show” per se. This is also always the show people bring up when I talk old time radio with them. Everyone seems to know The Shadow…