I mentioned this episode of the popular adventure/fantasy radio program Escape in my last author newsletter, and I thought I’d share it here as well. In fact, I’m going to make sharing my favorite radio episodes a regular feature here on the blog.

“Evening Primrose” (aired November 5, 1947) is the creepy story of a writer who lives among the mannequins at a department store. It was adapted from a John Collier story (and later made into a TV musical by Stephen Sondheim (really?)) If you have a spare half an hour give it a listen. I think you’ll agree that Mrs. Vanderpant just might be the best character name of all time. 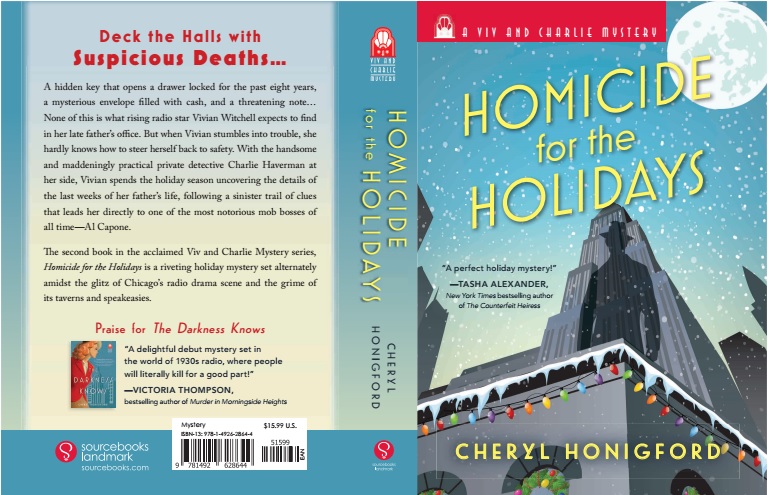 She’s so pretty (and available for pre-order)!

I’ve been researching early 1920s Chicago for a new book idea. By chance recently, I picked the date August 17, 1921 to look at the Chicago Tribune archives to check out what was happening that day. I was rewarded with this. 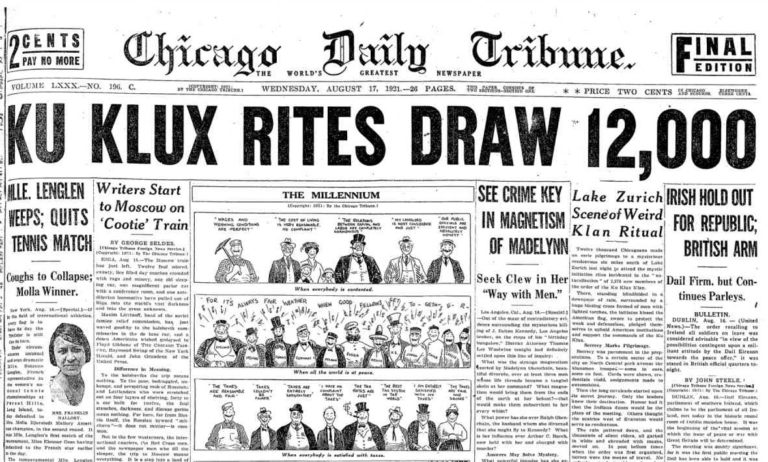 This was not only the front page banner headline and lead story, but there was an ad on page 3 for the KKK. An ad. In the Chicago Tribune. To recruit people into the Ku Klux Klan.

This rally/circus of ignorance was held in Lake Zurich, which was then a country backwater, but is now a booming and well-to-do suburb. It’s also not far from where I currently live.

The KKK  started after the Civil War and enjoyed something of a resurgence in the 1910s and early 1920s, not just in the South, but all over the US. It was big in Oregon – which was originally founded to be some sort of white supremacist utopia. Really. (Listen to this Dollop podcast about it. Warning: The Dollop is an American History podcast hosted by two comedians so it can off-color – and hilarious).

The Tribune at this time was owned by Colonel Robert R. McCormick. It was incredibly conservative and called itself “The American Paper for Americans”. You don’t have to read much into that slogan, do you? By the way, this was just your average, everyday racism in 1921. It wasn’t radical. It wasn’t right wing. It just was. Most (white) people at the time probably read that headline and shrugged.

I guess I wasn’t the only one shocked by this, because there was a follow-up about this 1921 event in the Chicago Tribune in 2015.

I study history, because it is not the orderly procession of dates and events that we’re led to believe in our history classes. History is messy and complicated and an endlessly fascinating chain of cause and effect. I study it because what happened in the Chicago suburbs in 1921 still matters and affects what’s happening today. This was not an isolated incident relegated to the dusty past – KKK leaflets were distributed anonymously in some Chicago suburbs a few months ago. If you don’t understand what fuels the rise of ignorant idiots like this every so often how can you hope to fight it?