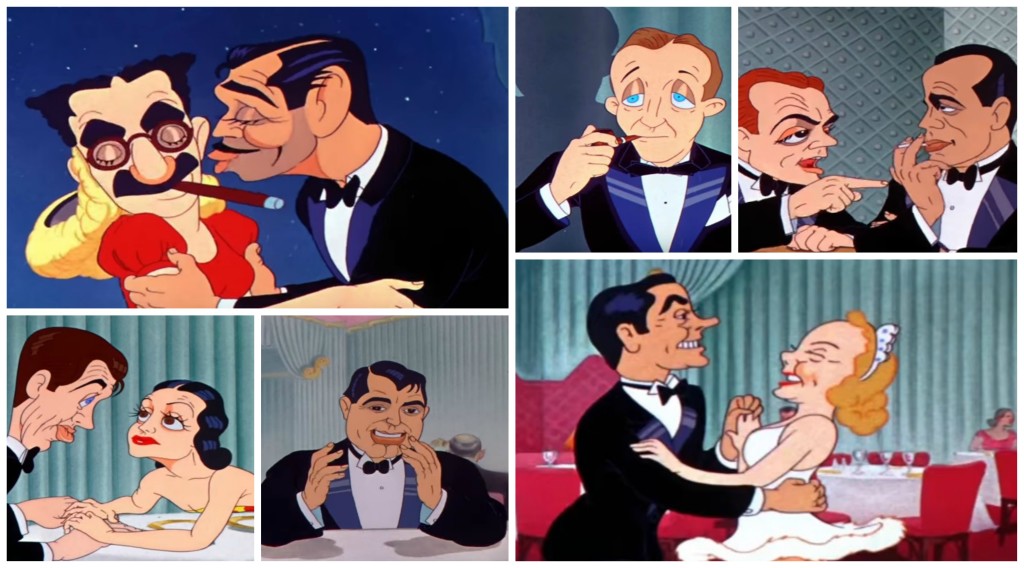 I’ve been asked where my interest in the 1930s comes from, and I’ve always been pressed for a concrete answer – until today when it came to me as I was browsing antiques (and agonizing over whether I really had room for that gorgeous floor model Philco radio I found). I can trace almost everything back to the Merrie Melodies cartoon called “Hollywood Steps Out”. I watched hour upon hour of Looney Tunes cartoons as a kid, and I’d probably seen this particular cartoon a dozen times by the time I was ten. I loved it even then. I don’t know why exactly… I didn’t know any of the people being spoofed yet (especially not Sally Rand). But there was something about it that led me to wanting to know who every person in this cartoon was (and if you want to know they’re all listed in this Wikipedia entry). That lead to an interest in 1930s/40s movies and then to 1930s/40s culture, radio, and on and on… ad finitum.

I also loved the cartoon starring Jack Benny, his wife Mary Livingstone, and his sidekick Rochester as mice. It’s not on Youtube, but you can watch “The Mouse that Jack Built” here.

One of the things that surprised me when I started researching Chicago in the 1930s was the ubiquity of streetcars They’ve disappeared from the city entirely since – gradually phased out by buses during the 1950s. 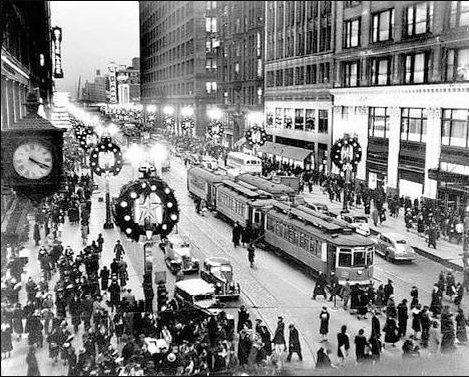 That’s a photo of streetcars operating on State Street at Christmastime in the late 1930s/early 1940s. You can see that the passengers waited and boarded from that island-like space in the middle of the north and southbound lanes. Seems awfully dangerous to me and judging from this silent safety film from the early 1930s… it was.

Vivian rides the streetcar several times in the first two books in the series – mostly in book two. A one-way trip cost 7 cents in 1938. Oncoming passengers entered from the back and paid cash to ride – the conductor at the back wore a change belt. The seats inside were rattan and the interior was sparsely heated and I imagine it was terribly drafty in the winter and incredibly stuffy in the summer. The driver often shoved papers between the bell and the clacker above his head to mute the constant dinging on the inside of the car (and save his sanity, I assume). I found a great first-hand account of riding a Chicago streetcar of this period in an old edition of Nostalgia Digest. You can read it here if you like: Streetcar Info.

Here are several restored Chicago streetcars from this period in motion in a “trolley pageant” at a transportation show.