I love the era my books are set in – the fashions, the music, the movies, etc. I love it, but I also think that, though the 1930s are a lovely place to visit, I most definitely wouldn’t want to live there. I’ve been doing research on Book #3 in the Viv and Charlie Mystery Series, and I found all of the following ads in ONE magazine from June 1939. It was tough to be a woman then (and especially a woman of any color/creed other than generic WASP). Basically, a woman’s sole goal then boiled down to get a man and keep him happy. And keeping him happy was, apparently, the hard part.

If you don’t have a husband it’s probably because you stink. 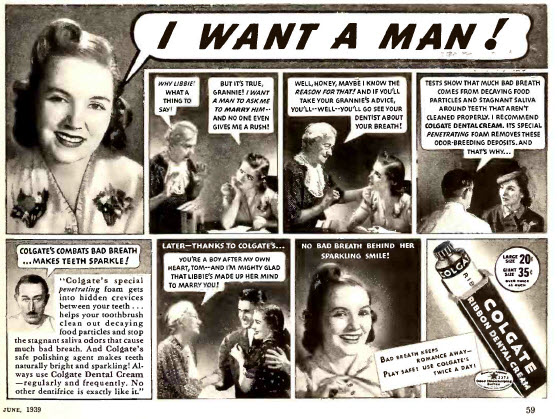 Maybe you’re lucky enough to have snagged a man… But then why has your husband giving you the bums rush lately? And why are the neighborhood ladies snickering behind their hands when you walk by? Well, it’s because you stink and you’re dirty, of course. 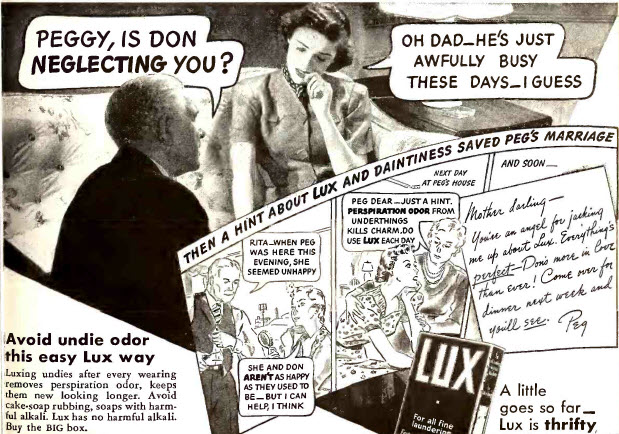 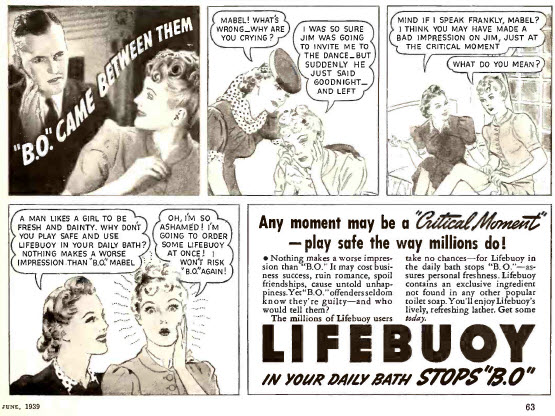 (If you’re having trouble decoding that Lysol ad, here’s what women were expected to do with Lysol back then.  Yes, that’s the very same Lysol you spray on your toilet today as a disinfectant.)

Or perhaps your husband is unhappy and is about to leave you because not only are you dirty and you stink, but you are underweight and moody (probably from all that laundry you’ve been doing). 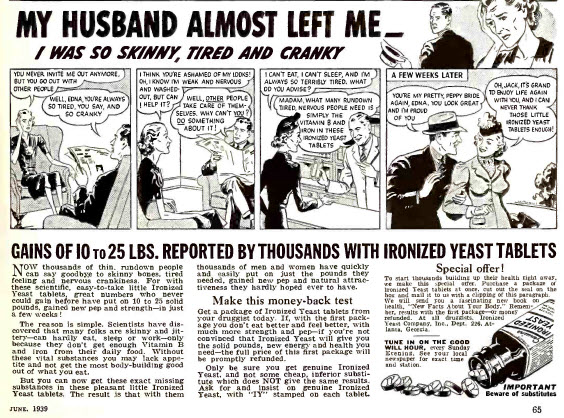 Women are still told through ads that we aren’t good enough, of course. But I’d like to think it’s done today in a subtler and less man-centric way. Or maybe I’m just kidding myself…

*Apologies to Tammy Wynette. And you reader, because now you have that song stuck in your head.