So how many over the counter “medicines” could have killed you in the early 20th Century? A lot. I found this amazing ad for Hook’s Pharmacy in Muncie, Indiana (1921) while researching. Take a gander. Recognize any of the products listed? 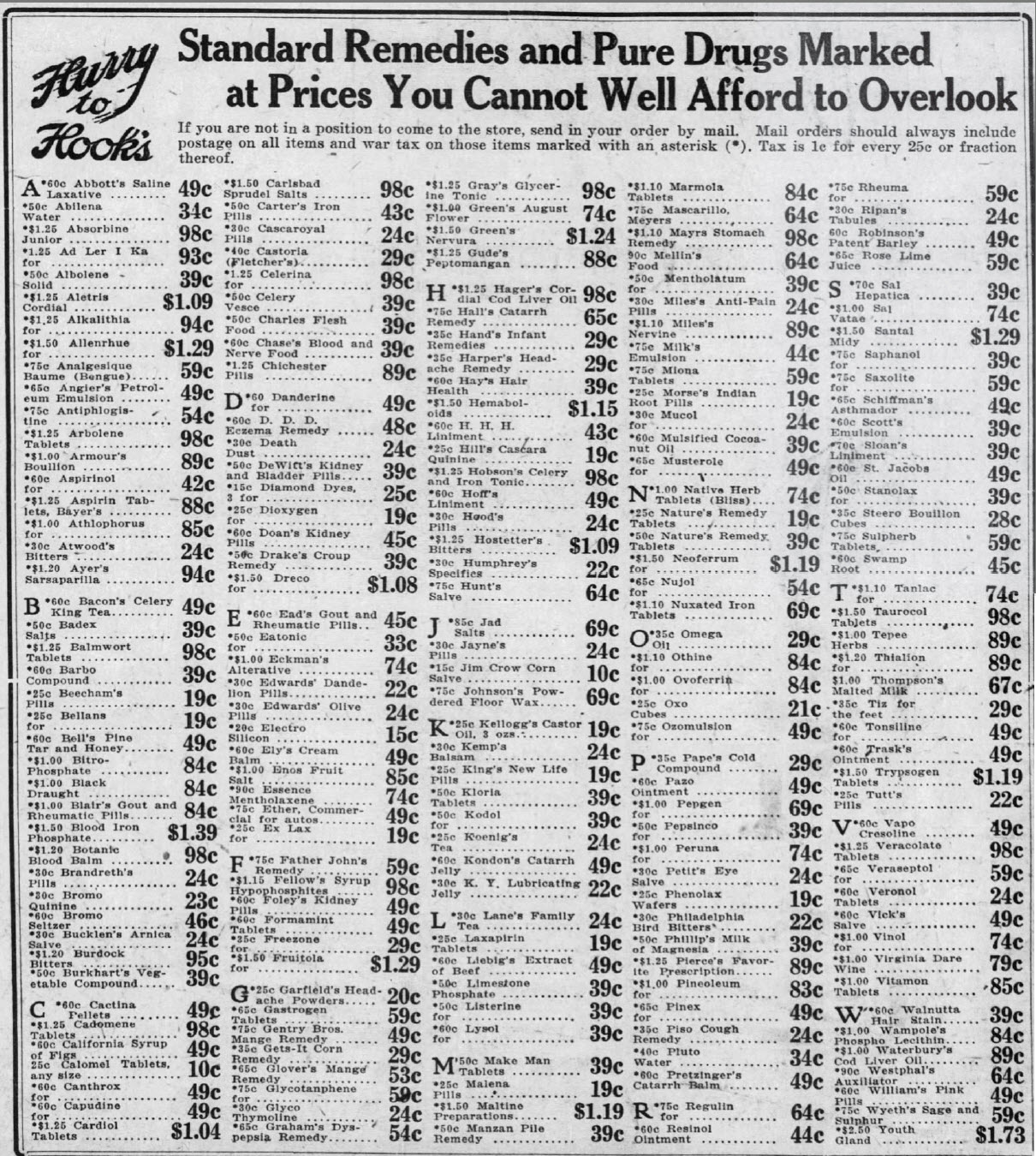 Not a lot, right? For the most part, I had no clue what these items were. Bombastically vague product names seemed to be in vogue at the time. I looked them all up (because, of course I did) and found that most of those listed are what we consider patent medicines, and they fall into four major categories (potentially deadly ones have an asterisk after the name):

If you’re tempted to think of the past as some sort of glorious “simpler” time, chew on this – the first two categories of patent drugs above had flourishing sales due to the poor diet of the time – lots of iron deficiency, anemia, and constipation among the general population. Fun! And several of those “medicines” could outright kill you while they claimed to solve such problems. One in the ad just might kill a character in the 3rd book in my Viv and Charlie Mystery Series. (Of course, I’m not going to tell you which medicine. Where’s the fun in that?)

Patent medicines went the way of the dodo in the late 1930s due to more stringent food and drug acts passed by the US government. It’s for the best, but I still think it’s fascinating all the potentially deadly stuff you could’ve purchased at the local drugstore in 1921. And if you’re like me, it certainly makes knocking off that troublesome character in your latest book a lot easier…